Remembering Daubert: A Recap of the CSAFE Symposium on Forensics, Statistics and Law at UVA 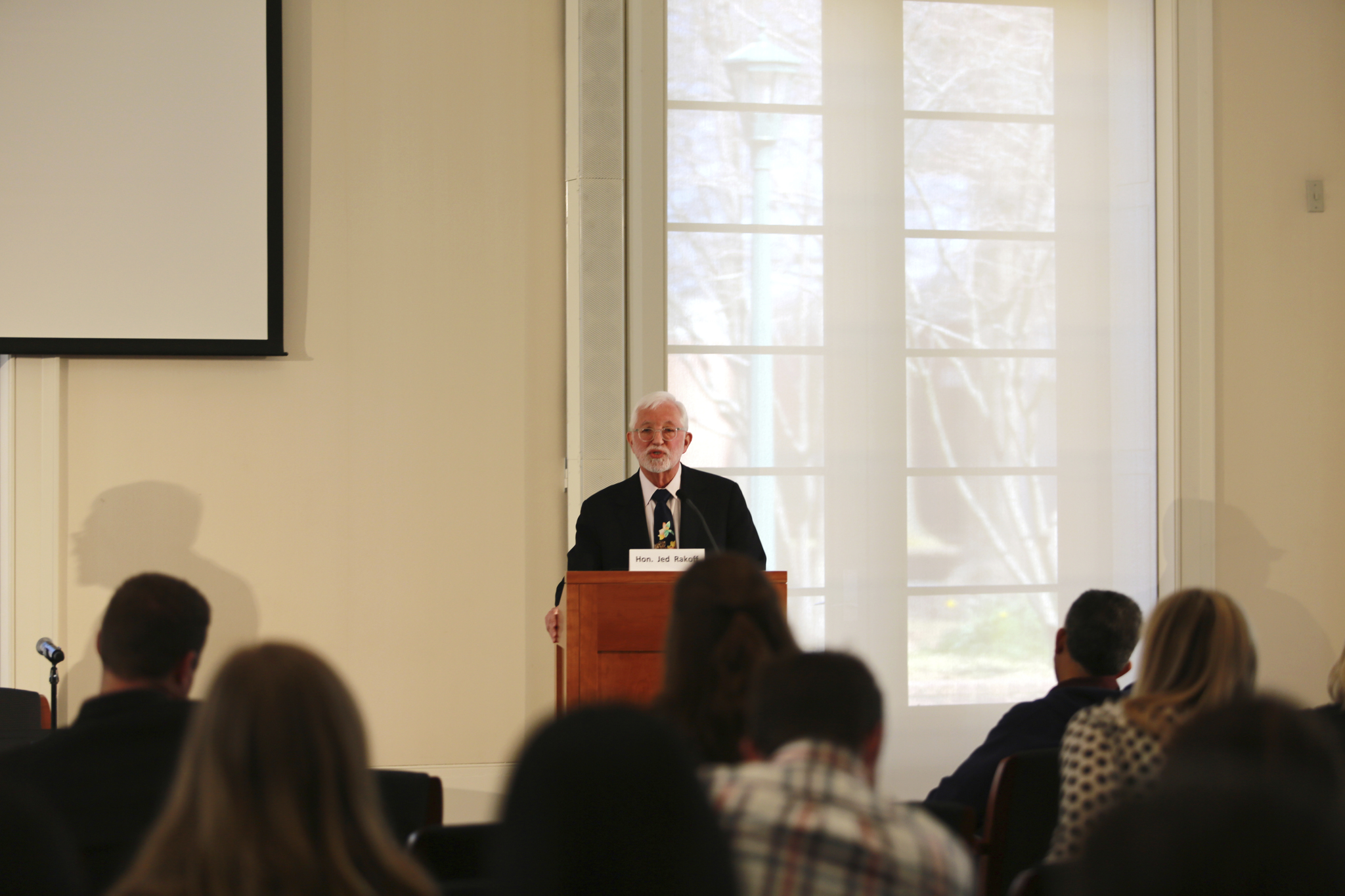 This is an invited blog post from Brandon Garrett, CSAFE researcher and White Burkett Miller Professor of Law and Public Affairs and Justice Thurgood Marshall Distinguished Professor of Law at University of Virginia School of Law. Guest blog posts do not necessarily reflect the views of CSAFE.  CSAFE is highlighting this topic due to our team’s commitment to advancing forensic science through enhanced connections between resesarch, statistics and the law.

Twenty-five years ago, the U.S. Supreme Court ruled in Daubert v. Merrell Dow Pharmaceuticals Inc., that federal judges must conduct a scientific gatekeeping inquiry before admitting expert evidence.  A March 26, 2018 conference at the University of Virginia School of Law explored the challenges and the changes in the law, research and in the practice of forensic science in the years since Daubert was decided. The Virginia Journal of Criminal Law will publish as a symposium issue contributions by experts in forensics, statistics and the law from the event.  The conference was made possible by the Center for Statistics and Applications in Forensic Evidence.

The conference was live streamed and videotaped, with videos available on the UVA School of Law YouTube channel.

The conference began with remarks describing how forensic science has changed in the twenty-five years since Daubert was decided and how researchers are beginning to address those shortcomings.  First, Professor Karen Kafadar (UVA) described the importance of statistics to forensic science.  Second, Sue Ballou, Program Manager at NIST, and incoming President of the American Academy of Forensic Science (AAFS), described her career as a forensic analyst and how her work came to engage more over time with questions of statistics and scientific research.  Ballou described, in remarks to be published in the symposium volume, how the CSAFE collaboration and the work of NIST researchers have done more to connect science with forensics. Third, Peter Neufeld described his career, including examples from cases in which he used scientific experts before he co-founded the Innocence Project and began to use DNA testing to free innocent convicts.

Following those introductory remarks, the first panel discussed the role of statistics in forensic science.  Professor Alicia Carriquiry (Iowa State), whose remarks are to be published in this volume, described importance of statistics in forensics. Hari Iyer (NIST) addressed a different question: assuming there is quantified information about forensics, how are those statistics to be presented in court?  Iyer described recent work with Steven Lund, both at NIST, arguing that there are real concerns with the proposed use of likelihood ratios to express forensic conclusions, including because of the subjectivity of the decisions that are incorporated into such expressions.  Karen Kafadar (UVA), whose remarks are to be published in the volume, described not only the importance of bringing statistical rigor to forensic sciences, but also training on statistics and educational efforts to encourage future statisticians to examine practical and pressing problems in forensics.

Judge Jed Rakoff of the U.S. District Court for the Southern District of New York delivered the keynote address, which is to be published in this volume, asking and addressing why it is that judges have not acted as more forceful gatekeepers in the area of forensic science.

Linda Jackson, Director of the Virginia Department of Forensic Services described how the lab has long made all of its operating procedures available online and works closely with researchers.  Peter Stout, President of the Houston Forensic Science Center, whose remarks are to be published in the volume, described a substantial program to conduct blind proficiency testing in forensic disciplines.  Sharon Kelley (UVA) described case processing data of fingerprint examiner at HFSC, including data on how disagreements between examiners were resolved.  Henry Swofford, of the Defense Forensic Science Center described, in remarks published in this volume, a new program, called FRStat, developed in order to provide quantitative conclusions regarding fingerprint testing.

Investigating the Role of Statistics in the Courtroom

The final panel discussed the role of statistics in the courtroom.  Chancellor and Dean David Faigman (U.C. Hastings) described the need to attend to the connection between general research and individual evidence in criminal cases, as part of a larger question regarding how to associate the general to the individual.  David Kaye (Penn State Law) described several areas in which statistical inferences can be misstated or misleading.  A.J. Kramer, of the Federal Defender, provided a criminal defense perspective, explaining how judges have been almost entirely indifferent to challenges to unreliable forensic evidence, which has in turn discouraged defense lawyers from even raising challenges.  Professor Bobbie Spellman (UVA) argued that to explain forensic evidence to jurors, the goal should not be to train jurors or expect them to be amateur statisticians, but rather to provide them with the information they need to reach statistically sound results.

We could not be more grateful to each of the presenters and contributors to this remarkable Symposium.  We hope that the publications and the remarks themselves are of interest.  Twenty-five years after Daubert more remains to be done to connect research, statistics and the law that governs the forensic science evidence that has become an increasingly integral part of our system of criminal justice.