Over a decade has passed since The National Academy of Forensic Science’s report, Strengthening Forensic Science in the United States: A Path Forward, called on the scientific community to examine the scientific foundations and limitations of various forensic disciplines. The report spurred important collaborations between the criminal justice and scientific communities. As a result, new probabilistic and statistical methods are rapidly being developed to analyze forensic evidence. These methods, while a promising opportunity for a scientific-driven and objective approach to forensic evidence, are implemented through computer programs. The instructions for these programs are contained within the source code.

Now, a natural question is being asked in courts across the country: should criminal defendants have access to the source code of programs used to analyze forensic evidence? In this symposium, we begin to explore the issue of access to source code in criminal trials.

The Source Code on Trial symposium is free and open to the public, but members of the legal community, forensic practitioners and forensic science researchers are encouraged to attend. The symposium will be held virtually. 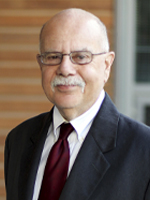 Ed Imwinkelried is the Edward L. Barrett, Jr. Professor of Law Emeritus at the University of California, Davis. He is the co-author of Giannelli, Imwinkelried, Roth, Campbell Moriarty & Beety, Scientific Evidence (6th ed. 2020) and the forensic science chapter in the Federal Judicial Center’s Reference Manual on Scientific Evidence (3d ed. 2011) as well as the author of The Methods of Attacking Scientific Evidence (5th ed. 2014). He was a member of the NIST Expert Group on fingerprint examination and the Legal Issues Working Group for the National Commission on the Future of DNA Evidence. He was the 2021 recipient of the American Association of Law School Evidence Section’s Lifetime Achievement Award. 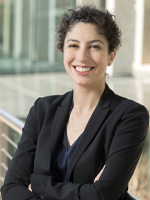 Rebecca Wexler is an assistant professor of law at the University of California, Berkeley, School of Law, where she teaches, researches and writes on issues concerning data, technology and criminal justice. Her work has focused on evidence law, criminal procedure, privacy and intellectual property protections surrounding new data-driven criminal justice technologies. She is also a faculty co-director of the Berkeley Center for Law & Technology. 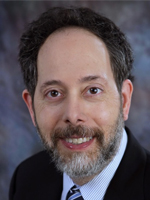 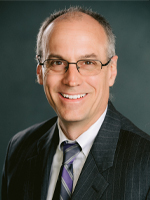 Ric Simmons is a professor at The Ohio State University Moritz College of Law. He is a graduate of Columbia Law School, where he was a Stone Scholar and a senior editor of the Columbia Law Review. Following law school, he clerked for the Honorable Laughlin E. Waters of the Central District of California and then served as an assistant district attorney for New York County.

Simmons’ research focuses on the intersection of the Fourth Amendment and new technology. He has written about the use of big data in the criminal justice system, searches of cell phones and other electronic devices, and hyper-intrusive surveillance devices. Simmons is frequently cited in the local and national media on criminal procedure issues. 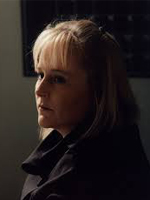 Kelley Kulick is a deputy public defender for Santa Clara County with over 20 years of experience. She is adept in all aspects of litigation and was awarded Santa Clara County Public Defender Award for 2020 and CPDA’s Public Defender of the Year in 2016. Kelley is a regular presenter both locally and nationally on forensics, including at the National Convention for the American Academy of Forensic Sciences. Kelley also teaches forensic science and the law at Santa Clara University School of Law. Most recently, Kelley, her co-counsel Michael Ogul and their team won a complete acquittal in a death penalty trial for their client, Manuel Lopez, who was found not guilty of all charges.