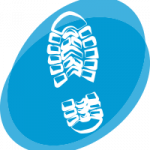 Shoe prints left at a crime scene can often be partially observed, smudgy, or subject to background effects such as dirt or snow, which can make comparing prints to a reference image challenging. Similarly, prints from the same shoe can vary depending on the wearer’s gait, weight and activity during the time of impression. Reliable, qualitative methods have yet to be developed for visually assessing the similarity between impressions. To help develop such methods, researchers funded by CSAFE created an algorithm that extracts image descriptors (well-defined groups of pixels), then tested the algorithm by comparing simulated crime scene images to a study database.

Test this method’s performance against an existing “standard” method to quantify similarity between two images.

Park and Carriquiry created a study database of impression images, using 48 pairs of shoes which had been worn by volunteers for six months. They then scanned the shoe prints, placing 0 to 10 sheets of paper between the shoes and the scanner to simulate levels of degradation. In all, the researchers obtained 864 reference images, and made 1,728 pairs of images to compare
half of which were mated (coming from the same shoe), and half non-mated.

Meanwhile, the researchers developed an algorithm to compare these pairs using image descriptors, which identify distinct groups of pixels in an image such as corners, lines and blobs. In particular, they used the SURF and KAZE descriptors to identify blobs, and the ORB descriptor to identify corners. 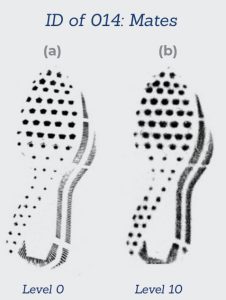 A mated pair of images, scanned at level 0 and level 10 degradation

Using six different combinations of descriptors, the researchers ran their comparisons to determine which model had the best balance of accuracy and computation efficiency, which is required in real-world situations. For a control, they used a proposed method called Phase-Only
Correlation (POC) to compare to the descriptor-based methods.

KAZE: meaning “wind” in Japanese, the name refers to the descriptor’s use of nonlinear diffusion filtering 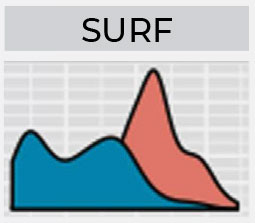 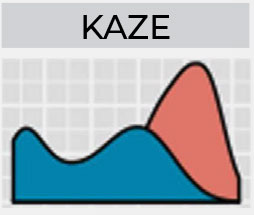 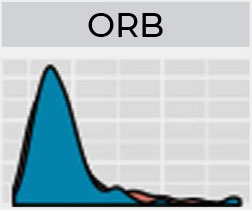 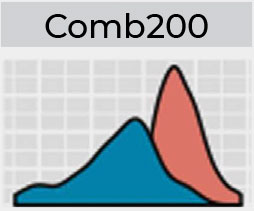 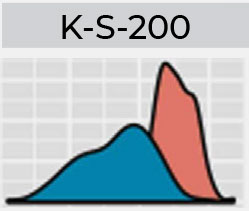 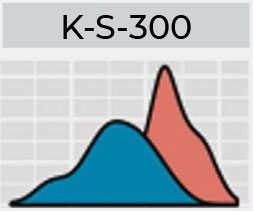 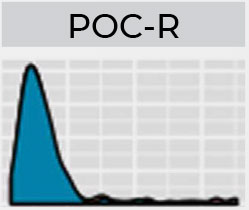 All tested models showed promise, with good quality images reaching accuracy of 95% or better, and even blurry images achieving accuracy of 85% to 88%.

In comparison, the POC model failed to differentiate between mated and non-mated pairs.

There is a lack of large databases with realistic footwear impressions. A larger database, with different brands and models of shoes, may help develop more robust algorithms for wider use.

Algorithms will likely never replace well-trained examiners, but the more accurate and efficient these algorithms become, the more useful they can be to examiners in their work.