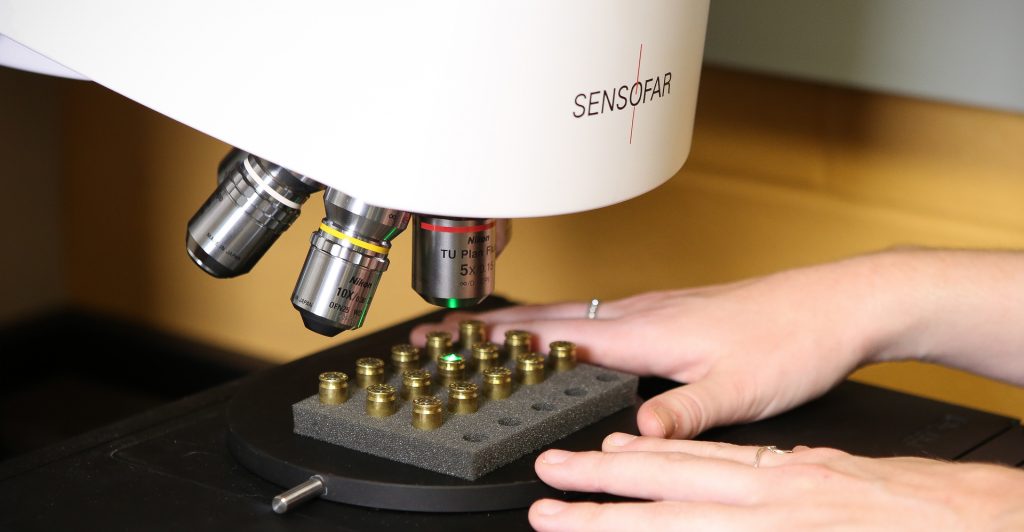 Discover magazine recently published an article discussing how academic researchers are investigating the foundations and legitimacy of forensic science. Reforming Forensics: Why Academics Are Challenging the Science Behind U.S. Criminal Justice describes how CSAFE research could help forensic science professionals carry out their work, and address the concerns raised in the 2009 National Research Council (NRC) and 2016 President’s Council of Advisors on Science and Technology (PCAST) reports.

Several CSAFE researchers were interviewed in the article:

Statistics research doesn’t usually require weapons. But to develop their latest algorithm, Iowa State University statisticians Alicia Carriquiry and Heike Hofmann needed thousands of bullets fired from a small collection of handguns. So they put the firepower in their own hands, and hit the range.

For nearly a year, Carriquiry and Hofmann, supervised by sheriff’s deputies, unloaded round after round into a tube with Kevlar fibers. After each shot, they fished out the bullet and tucked it in a plastic baggie labeled with critical data: gun, barrel, shot number.

“If you had asked me a few years ago whether I was going to be doing this type of data collection, I would have said, ‘You’re crazy,’ ” says Carriquiry.

It’s not just bullets, either. Over the past several years, the professors and their collaborators have amassed 160 pairs of well-trod sneakers, over 2,000 handwriting samples and 129 poster boards spattered with pig blood. Scanned and digitized, the items became first-of-their-kind data for research on crime scene evidence.

Read the full article at https://www.discovermagazine.com/technology/reforming-forensics-why-academics-are-challenging-the-science-behind-criminal-justice.

CSAFE is building a statistically sound and scientifically solid foundation for the analysis and interpretation of forensic evidence. Learn how CSAFE is developing the statistical foundations for pattern and digital forensics disciplines at https://forensicstats.org/our-research/.