By University of California, Irvine

Hal S. Stern, co-director of the Center for Statistics and Applications in Forensic Evidence (CSAFE), has been appointed provost and executive vice chancellor of the University of California, Irvine.

Stern has served as interim provost and executive vice chancellor since March 2020. He will remain UCI’s chief academic and operating officer, assuming primary responsibility for the university’s teaching and research enterprise, which includes 14 schools, more than 4,000 faculty members and 224 degree programs.

Over the last 12 months, Stern has played a key leadership role in UCI’s unprecedented transition to remote learning and working in response to the COVID-19 pandemic; the gradual and staged safe reopening of parts of campus operations as conditions permitted; and now the anticipated return to full campus operations in the fall.

“During this past year, Hal has impressed the UCI community with his tireless, thoughtful, transparent, collaborative and compassionate leadership,” Gillman said. “After having had an opportunity to meet many truly outstanding candidates for this position, I can say with confidence that Hal has the vision, experience, character and temperament to best serve UCI in the years to come.”

A Foundational Presence at UCI

Stern, 60, joined UCI in 2002, when he founded the Department of Statistics, and he later spent six years as the Ted and Janice Smith Family Foundation Dean of the Donald Bren School of Information & Computer Sciences. He retains a faculty position as a Chancellor’s Professor of statistics.

Stern played a leading role in developing interdisciplinary projects in which statistical analysis contributes to research in the life sciences and social sciences. His current areas of interest include applications of statistical methods in psychiatry and human behavior and forensic science. He is co-director of CSAFE, which aims to improve criminal evidence analysis and reduce wrongful convictions, and is part of the leadership team for the Conte Center @ UCI, which explores how early life experiences influence the brain and affect vulnerability to mental illnesses beginning in adolescence.

“I’m honored to have been chosen to remain provost and executive vice chancellor at one of the country’s top public research universities,” Stern said. “As the campus and society emerge from the many challenges of the past year, we will continue on our ambitious path to reach new heights of excellence and social impact.” 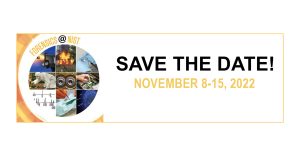