The Center for Statistics and Applications in Forensic Evidence (CSAFE) will offer the Statistical Thinking for Forensic Practitioners Short Course on June 3, 10 and 17 from 10 a.m.–noon CDT.

Statistical Thinking for Forensic Practitioners is a three-part introductory online course covering fundamental concepts from probability and statistics motivated by forensic issues, followed by a detailed investigation of how they are used to assess forensic evidence’s probative value.

Hal Stern, CSAFE co-director and Provost and Executive Vice Chancellor and Chancellor’s Professor of Statistics at the University of California, Irvine, will teach all three sessions.

The short course is free, but registration is required. For more information or to register, visit https://forensicstats.org/courses/#short.

Probability is the mathematical language of uncertainty. Probabilities are used to describe the frequency or likelihood of events or characterize measurement uncertainty. This session will introduce the laws of probability and their application in forensic settings. Topics will be illustrated with examples drawn from forensic science and relevant legal cases. Specific topics will include:

Statistical ideas such as sampling, point and interval estimation of population quantities and hypothesis testing have direct application in forensic science. This session will start with fundamental ideas about variability and its sources in measurements used in forensic analysis. It will also discuss methods to ameliorate, quantify, model, and interpret variation and uncertainty in evaluating forensic evidence. Session 2 will:

The National Academy of Forensic Science’s report in 2009 and the President’s Council of Advisors on Science and Technology (PCAST) report in 2016 encouraged consideration of quantitative approaches to assessing forensic evidence. This session will review two of the most often-suggested quantitative approaches, the two-stage approach and the likelihood ratio (Bayes factor) approach. Topics will include:

The Innocence Project: 30 Years of Advocating for Justice Reform

By Samantha Springer, a research assistant at the Center for Statistics and Applications in Forensic Evidence (CSAFE)   As the…
Read More 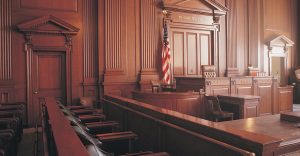 By Samantha Springer, a research assistant at the Center for Statistics and Applications in Forensic Evidence (CSAFE)   During the…
Read More 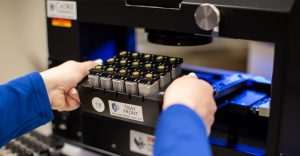 By Samantha Springer, a research assistant at the Center for Statistics and Applications in Forensic Evidence (CSAFE)   At the…
Read More