Dr. Maria Cuellar has always loved math, but in her early years of education was searching for a way to combine her interest in theoretical concepts with real-world applications.

“I wanted to bring the theory down to earth,” Cuellar said. “I wanted to do research that was statistical in nature, but also had applications that could impact policy and human rights.”

Cuellar completed an undergraduate degree in physics at Reed College, where she focused mostly on theoretical work. But at the end of the day, Cuellar could be found volunteering at a school or doing science outreach, thinking about how to improve conditions of poverty or other social problems. “I was splitting my heart and time in two,” Cuellar said.

After graduation, Cuellar worked at JPAL, the MIT poverty laboratory, in South America. She spent time in the field evaluating social programs but had a desire to return to mathematical theory. “I just thought it was cool to work on theory, I like it and I find it fun. I wanted to do that and apply it to something that could help people.”

Cuellar found an opportunity to do just that at CSAFE partner institution Carnegie Mellon University. She began to pursue a Ph.D. in the joint statistics and public policy program under the direction of CSAFE founding leader Dr. Stephen E. Fienberg.

Cuellar’s doctoral research initially focused on shaken baby syndrome, investigating how statistics applied to courtroom testimony in these cases.  She participated in CSAFE meetings and began to get involved in additional research in forensics.

“I thought it was really interesting to find a community of people who were working on projects that were relating statistics to a legal framework,” Cuellar said about CSAFE.

At CSAFE, Cuellar has contributed to projects investigating contextual bias and proficiency testing for forensic analysts.

Cuellar’s work sparked the interest of the criminology department at the University of Pennsylvania, who was searching for a researcher that was applying statistics to crime.

“So far forensics has not been included very broadly in criminology, but the department at the University of Pennsylvania believes that it’s an important part of the criminal justice system and one that students should learn about,” Cuellar said.

First as a post-doctoral researcher, and now as an assistant professor at Penn, Cuellar has the opportunity to use her expertise in empirical methods to add statistical rigor to criminology. “Our department at Penn is unique because we study criminology from a rigorous data analysis perspective instead of a more qualitative approach,” she said.

Cuellar believes that both qualitative and quantitative approaches to criminology can work together to improve the criminal justice system. “I think qualitative research can make important contributions to the discussion. For instance, you could ask people in the criminal justice system what they think is wrong with it, or have anecdotal evidence that shows where we might find problems. I think qualitative research can motivate some really interesting quantitative questions.”

With a quantitative approach to criminology, Cuellar and the Penn department rely on data to discover opportunities for improving the criminal justice system.

“Data can help you finds trends or suggestions of causal connections, such as a policy that tends to be beneficial for prisoners or a forensics method that improves an earlier approach. When done properly, statistics give you hard evidence,” Cuellar said.

Cuellar explains that applying statistics to criminology is helpful due to its systematic nature. “If you show your process from the beginning, from data collection to the end of data analysis and interpretation of your results, you could find objective evidence,” Cuellar said. “Careful statistical analysis of legal and forensics claims could be a useful addition for criminology.”

Sharing A Passion for Educating Students

Not only a skilled researcher but Cuellar has also been enthusiastic about teaching for as long as she can remember. “I’ve always wanted to be a professor. As a little kid, I used to teach other children for fun. I just really enjoy being able to transmit 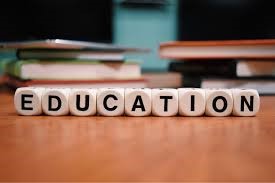 With guidance from researchers at CSAF partner institution the University of California, Irvine, who lead a forensic statistics course, Cuellar has developed a new course in forensics for undergraduate students at Penn. “My course will deconstruct forensic science. We’ll examine the claims made in the field or in court and evaluate conclusions that have been made by using statistics,” she said.

Cuellar built her course to center on critical thinking, providing opportunities for students to discuss the quantification of uncertainty, limitations and errors associated with forensic science in human factors, pattern and digital evidence.

“My goal is to help form informed citizens,” Cuellar said. “If a student goes on to be a judge or criminologist or psychologist, or even has a position unrelated to the criminal justice system but still reads the news or occasionally serves as a jury member, I want him or her to be able to stop and thinking critically about forensic and statistical statements. Knowing about the uncertainty will lead students to understand and detect some of the limitations of the statements made in court, especially misleading statements that sound convincing, like something out of CSI.”

Cuellar will continue to partner with CSAFE in her new role.  “I see my position at Penn as a continuation of working both in theory and in math applications in ways that can help reduce injustice,” Cuellar said. “It’s great because I’m getting to be in the theory side of things and publish in statistics journals, and also work with CSAFE in applied forensics by using statistics to help improve the criminal justice system.”

Learn more about how CSAFE is cultivating quality educational opportunities for the next generation of statisticians and forensic scientists. If you are interested in joining the CSAFE team as a student, please contact us.