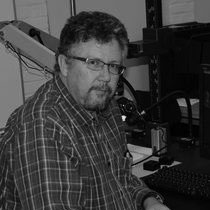 Dr. Keith Morris’ research interests are focused on the interpretation of physical evidence and how multiple types of evidence are interrelated. Dr. Morris’s interest in evidence types centers on firearms evidence, ballistics, and latent fingerprint identification, and utilizing systems such as AFIS, IBIS, and confocal microscopy that relate directly to his research focus. These areas are studied from interpretational and fundamental perspectives.

Before coming to West Virginia University, Dr. Morris was the director of the Forensic Science Laboratory (FSL) system of the South African Police Service. He spent 14 years in the FSL at the bench and managerial levels. He performed casework in the area of trace evidence, precious metal theft, and bombing investigations. He was involved in the examination of the bombing of the Planet Hollywood restaurant in Cape Town in 1998. He received his B.Sc. (Chemistry and Mathematics)(1985), B.Sc. (Honors)(Chemistry)(1986), and Ph.D. (Chemistry)(1990) from the University of Port Elizabeth. He also has a master’s degree in Business Leadership (M.BL.)(1997) from the University of South Africa.

In 1991, Dr. Morris was commissioned as an officer in the South African Police Service by the State President, Mr. FW de Klerk. In August 1999, he received the Police Star for Outstanding Service from the Minister for Safety and Security for “outstanding service rendered through exceptional resourcefulness, leadership, and sense of duty.” He was inaugurated as the first Ming Hsieh Distinguished Professorship in Forensic & Investigative Science at West Virginia University in January 2009. He has served on forensic committees sponsored by the National Institute of Justice.