Developing new methods for assessing the strength of association between a crime scene print and a suspect’s shoe remains a priority for CSAFE researchers. Projects focus on gathering and analyzing information to create a score-based likelihood ratio framework for footwear examination. During the initial funding period, CSAFE teams at ISU, CMU and UCI advanced these efforts. Footwear research continues with CSAFE 2.0, led by researchers at ISU, UCI and WVU.

Project FW.I - Occurrence and Persistence of Accidental Mark Locations on a Shoe Sole

It is believed that randomly acquired characteristics (RACs) are among the most discriminating features of shoeprints. Existing models to understand the spatial distribution of RACs rely on simplifying assumptions. One goal of our research is to develop and validate models that are more realistic for RACS. This project will also study the persistence of RACs over time (as the shoe is worn) and the repeatability and reproducibility of RAC detection by examiners.

Footwear comparison is conducted by experts in two broad stages. First, general properties such as the pattern, size and wear of the shoe sole are compared to the crime scene impression. If these do not fit, then the analysis is stopped and the pair is classified as a non-match. If the general properties fit, the forensic expert looks for randomly acquired characteristics (RACs) on the shoe sole and determines if they match RACs on the trace from the crime scene. Some CSAFE researchers are considering novel image-based approaches to footwear evidence. This project is focused on providing support for existing footwear analysis approaches through further study of RACs.

There is limited data available about the occurrence and persistence of RACs. This includes questions associated with whether RACs can be reliably annotated, whether RACs persist over time as the shoe is worn, and the relationship between RACs on a shoe and RACs found in crime scene impressions. Data from a recent study in Israel in which shoes were worn by individuals over the course of a year and repeated impressions were taken can be used to study these issues. Several individuals marked impressions made at different points in time by the same shoe. These data also include several instances of an individual marking the same impression at two points in time. The individuals in question were students trained by professional examiners. Though not themselves examiners we believe this unique data set is critical for developing approaches to analyzing the reproducibility (different examiner) and repeatability (same examiner) of RACs.

Project FW.II - Statistical Models for the Generation and Interpretation of Footwear Impression Evidence

The goal of this project is to develop statistical and computational models to aid the interpretation of impression evidence left by shoe outsoles. We are developing statistical models that support robust reasoning about partial or obscured impression evidence and computational implementations of these models that can perform matching and retrieval for category-level (brand, size) identification from partial prints.

The goal of this project is to develop statistical and computational models to aid the interpretation of impression evidence left by shoe outsoles. Interpreting impression evidence requires reasoning about whether class-level and acquired characteristics of a candidate source are likely to have produced a given impression relative to other potential sources. We propose to develop statistical models that support robust reasoning about partial or obscured impression evidence and computational implementations of these models that can perform matching and retrieval for category-level (brand, size) identification from partial prints. Existing research in this area, including our own, has focused on matching test impressions with crime-scene evidence but has largely ignored forensic practice, which typically involves examination of the candidate source shoe itself and matching of physical features of the tread to evidence. To address this in a quantitative experimental framework, we propose to utilize high-resolution 3D scans of treads and develop methods that match features of these models to impression evidence and make predictions about the impressions a given tread might leave.

Footwear analysis is currently limited by the absence of reliable, publicly available databases that characterize the distribution of footwear characteristics and patterns. One approach to addressing this limitation is through the development of an instrument that can be deployed in public areas to passively collect images of outsoles of shoes. These data can enable estimation of the frequency of footwear patterns in a given region and thereby facilitate the transition to a likelihood ratio or Bayes Factor approach to the evaluation of footwear evidence. This is a novel project with the potential to have a large impact.

One of the biggest obstacles to development of quantitative and probabilistic methods for footwear impression evidence is that gathering data on the reference population or populations is incredibly difficult – the footwear used changes as new shoes are released, but also due to weather, geography, and other factors. This obstacle grows more complex when we consider the correct reference population: Should statistics be computed based on the general population, or based on a more difficult to measure population of “criminals”?

Project FWIII addresses these problems, leveraging a scanning device currently under development through an NIJ grant to acquire data from distinct geographic populations. We will develop relationships with local law enforcement in Iowa and Nebraska, eventually partnering with interested organizations to collect footwear data from populations which interact with law enforcement; during the same time period, we will collect data from public locations in the same region, facilitating comparison of the two reference populations. The collected data and associated metadata will be made available to the public in an online database which will serve as a resource for researchers and practitioners.

During the data collection period, we will manually annotate the collected images, identifying different class characteristics which may be of interest to examiners and researchers. These annotated images will be used to train more accurate feature recognition models, increasing the ability to automatically identify features in new images. Annotated images will also be made publicly available, serving as a resource for additional machine learning research in footwear class characteristics.

We will also work to characterize the main components of variability in class characteristic frequency from among options such as weather, time of day, weekday, population, and location. Leveraging this information, we will develop sampling guidelines to assist practitioners and other researchers who wish to collect data in their own geographic area.

The primary long-term goal of this project is to empower practitioners to collect footwear frequency data in their own jurisdictions, and to provide the hardware and software tools to support the use of the collected data in forensic applications. By providing open-access databases, we facilitate the development of additional tools for analyzing this type of data at the same time as we improve our own software and build up the body of literature relating to class characteristic frequency variation.

Researchers at ISU have developed and carried out limited testing of an algorithm called MC-COMP to quantify the similarity between two outsole impressions with the same class characteristics (Park and Carriquiry, 2020). The algorithm has a small error rate in identifying same/different source pairs (4%-5%); however, more testing on degraded images is needed. In addition, with our new partners at West Virginia University, we will use data from the application of this algorithm to identify features of shoeprint images that are associated with more difficult cases, with the goal of developing a quality metric for footwear images. This can enable automatic identification of image quality that can help interpret footwear evidence.

Footwear impressions are commonly found in crime scenes, but until now footwear examiners have lacked the tools to objectively quantify the similarity between a crime scene impression to one or more test impressions. The task is challenging because crime scene impressions are often smudged or otherwise degraded. The ISU team has developed an algorithm called MC-COMP that produces a similarity score between two 2D outsole impressions that shows good performance (~96% accuracy) even when one of the images is degraded in a certain way. While promising, the algorithm has only been used on two shoe models and only on images degraded in the lab.

Two-dimensional images consist of thousands of pixels, each with a certain gray intensity (in gray scale images).  MC-COMP uses a subset of interesting pixels selected using SURF (speeded-up robust features). To align two images, MC-COMP relies on the geometric arrangement of the selected pixels in local regions of the outsole that the examiner selects.  In this light, the algorithm we proposed is semi-automated and requires input by the examiner. We note that MC-COMP is a “whole outsole” method in that pixels of interest can correspond to the pattern of the outsole or to RACs (randomly acquired characteristics).

We propose to pursue the following research objectives: 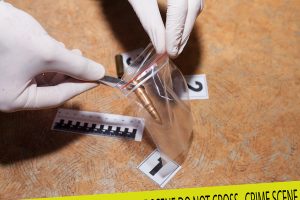 CSAFE is a NIST Center of Excellence in Forensic Science. A large portion of CSAFE’s research portfolio is on what is known as pattern evidence, which encompasses any evidence that can be represented as an image. Examples of pattern evidence… 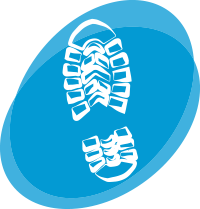 When a latent shoeprint is discovered at a crime scene, forensic analysts inspect it for distinctive patterns of wear such as scratches and holes (known as accidentals) on the source shoe's sole. If its accidentals correspond to those of a… 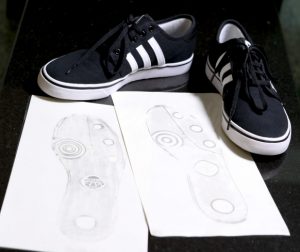 Similarity of Two-Dimensional Images: An application to the forensic comparison of shoe outsole impressions

We investigate the problem of automatically determining what type of shoe left an impression found at a crime scene. This recognition problem is made difficult by the variability in types of crime scene evidence (ranging from traces of dust or… 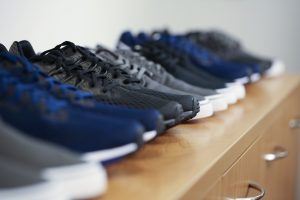 This CSAFE Center Wide Webinar was presented on March 5, 2018 by Lesley Hammer, (MA, MSc) forensic consultant at Hammer Forensics. Presentation description: This presentation will provide an overview of footwear impression examination, explore directions that research in this discipline has…

Dependence among Randomly Acquired Characteristics on Shoeprints and their Features

Randomly acquired characteristics (RACs), also known as accidental marks, are random markings on a shoe sole, such as scratches or holes, that are used by forensic experts to compare a suspect's shoe with a print found at the crime scene.…

We investigate the problem of automatically determining what type of shoe left an impression found at a crime scene. This recognition problem is made difficult by the variability in types of crime scene evidence (ranging from traces of dust or… 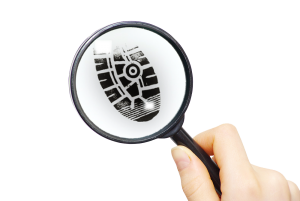 This CSAFE Center Wide Meeting Webinar was presented by Adam Kortylewski from the University of Basel in Switzerland on February 10, 2017. Description: The forensic analysis of impression evidence, such as fingerprints or shoeprints, plays a critical role in crime…